Shanrocks Triviology!
Every Thursday at 7pm in the TapRoomDoors open at 5pm. | 21 and up only

Every Sunday at 5pm in the TapRoom
Doors open at 3pm. | 21 and up only

Trivia Jock ShanRock and her team host fun and unique trivia nights all over town, several times a week. It's free to play, and the team victorious walks away with cash or prizes . . . and perhaps more importantly, glory! Have you tried the rest? Now try the best! Willamette Week's Best of Portland, that is! Also, I am thrilled that my team has been selected by the people of Portland as their Favorite Trivia Night in the Portland Mercury Reader's Choice Survey many times! In addition, I have been honored as Best Entertainer In North Portland, have won BarFly's Town's Terrific-est TJ several times, and had my La Merde quiz night awarded the Portland Monthly title of Best Bar To Play! Triviology and Portland have been making beautiful trivia together for over fourteen years at The Eastburn. 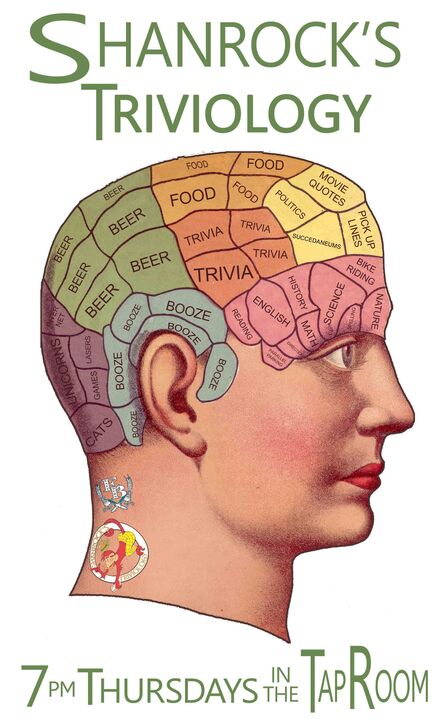 BACK TO HOME PAGE